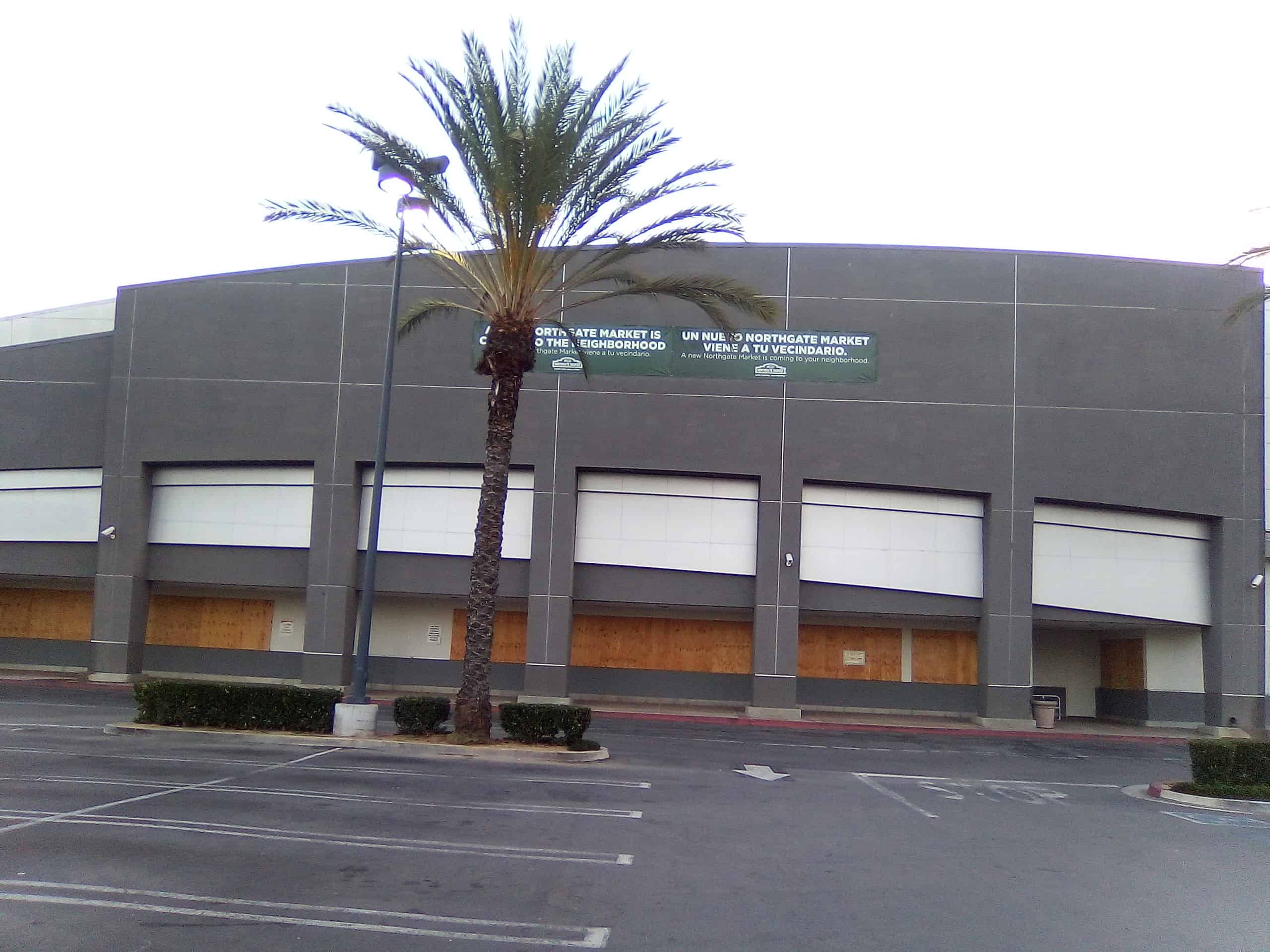 When the Albertsons grocery store at the corner of Harbor & Wilson closed many long time fans were not happy to lose their local grocery store. Yes there is a Vons at Harbor & Adams but not everyone has cars or easy access to transportation.

The closure of Albertsons location was somewhat offset by the announcement that Northgate Markets would open a new grocery concept in the same location but it would be about a year before the store would open. People weren’t happy about the delay but the concept sounded interesting with many stalls inside the store cooking up fresh food.

Now two years after the Albertson store closed we still have a shuttered store with plywood on the windows and doors without a local grocery store in the Harbor & Wilson area. At one point Northgate Markets were working on the store and hiring management for the store on Glassdoor.com but since then there has been little activity at the location.

I have contacted Northgate several times and they have have said they have no announcement about the store and didn’t want to comment further. There has been much speculation about the store and why it hasn’t opened but i think the most likely reason is lack of staff. There are many job openings at its existing stores that haven’t been filled and in the current climate filling all the positions in a brand new store might be a challenge.

Hopefully as we enter 2022 things change and the store is able to open although as the current pandemic situation looks like it could be getting a little worse which would delay a opening. There is a good chance that the locals in this part of Costa Mesa will be without a local grocery store for quite a while.

link to Live Stand Up Comedy This Wednesday

The Tiki Bar in Costa Mesa might be known locally for its live music, but this Wednesday is a live stand-up comedy night. In these crazy times a little comedy doesn’t sound like a bad thing during...

This Saturday at the OC Fair & Event Center is the Creative Babe Market which features mainly women owned businesses. The holiday shopping market is a showcase of over 100 local...

Welcome to Costa Mesa Insider your source for local news, information and reviews for locals and visitors to the city of Costa Mesa, California.